Danielle Bailey-Miller To All Instructors 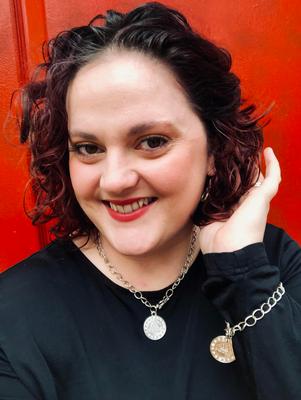 Danielle is a multi-disciplinary theatre artist In acting, directing, teaching, management, and beyond. She is currently the Lead Drama Teacher and Performing Arts Coordinator at Compass Community. She has been teaching theatre in various arenas for over fifteen years including Rose of Athens Theatre Academy, Masters Academy of Fine Arts, Athens Creative Theatre, and more. Danielle is the former Artistic Director of Rose of Athens Theatre and the former Director of Rose of Athens Theatre Academy. She received her B.A. in Theater from Piedmont College in Demorest, GA in 2007. Danielle has participated in many theatrical ventures and has worked every job from backstage to onstage. She has performed at the South Eastern Theatre Conference in the Fringe Festival and in the 10-Minute Play Festival, as well as in the Georgia Presenters Showcase hosted by the Fox Theatre Institute. Danielle is a three-time Irene Ryan Award nominee, an honor presented by the Kennedy Center American College Theatre Festival.

Locally, she has been an invited guest speaker for the Classic City Rotary Club, Athens Rotary Club, Kiwanis Club of Athens, and the Oconee Civitan Club, as well as appearing in several radio spots on WUGA and a few televised WUGA broadcasts. She was last seen in the Athens Downtown Development Authority’s holiday commercial in December 2018. You may have also spotted her around town as a character performer at such events as The Classic Center’s Breakfast with Santa, Georgia Square Mall’s Back to School Expo & Welcome Santa Parade, The ACC Library Fairy & Elf Festival, AthCon, & The Downtown Athens Business Association Holiday Event. Danielle enjoys working with the local theatre scene- Athens Creative Theatre, Rose of Athens Theatre, and Town & Gown Players. You can follow her theatre adventures at daniellebmiller.wordpress.com